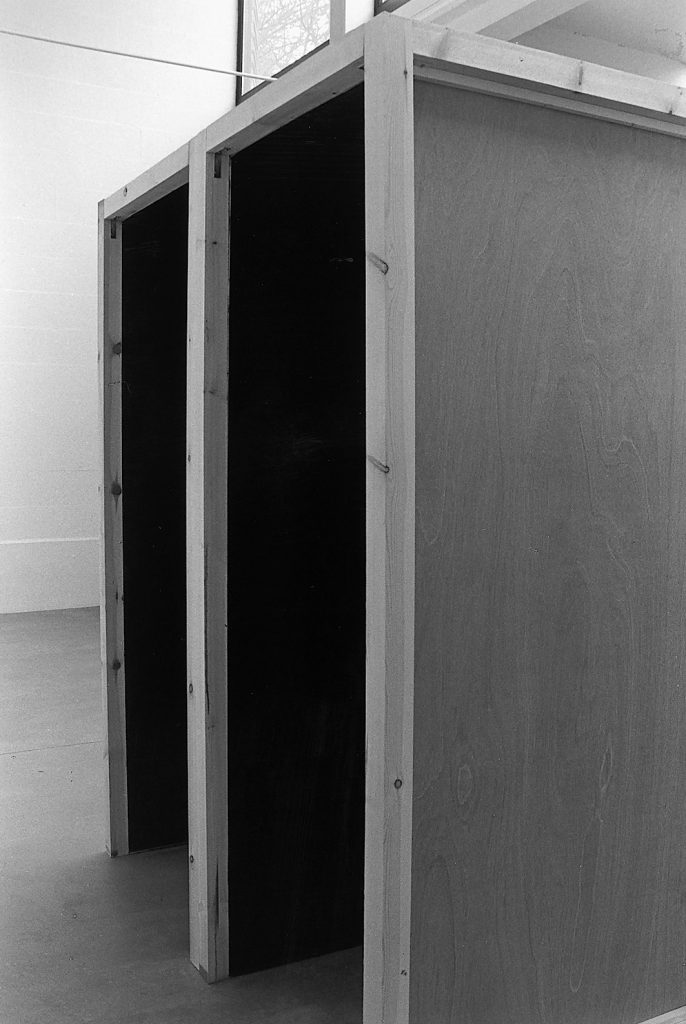 Luk Lambrecht about the work
“The two ascetic videotapes show a ten minute sequence depicting inhalation and exhalation, taking place around the neck area of the artist.

The slowly moving, black and white self-portraits are, at first glance, not recognizable as such, but instead show a great similarity with abstract, three-dimensional texture. The video images are played back with a coarse grain; thereby results an aura of fundamental unfamiliarity and doubting concerning that which is perceived. Owing to effects of close-up’s, the pictures take on an incorporeal aspect and within the context of an art exhibition may be interpreted as gently rising, almost draped pictorial representations. They are forceful pictures because the observer is simultaneously aware of both video images; consequently life’s rhythm becomes distinctly conscious, an effect which is further emphasized by the occasional insertion of still-video pictures which thereby gives rise to short pauses during the run of the video.”