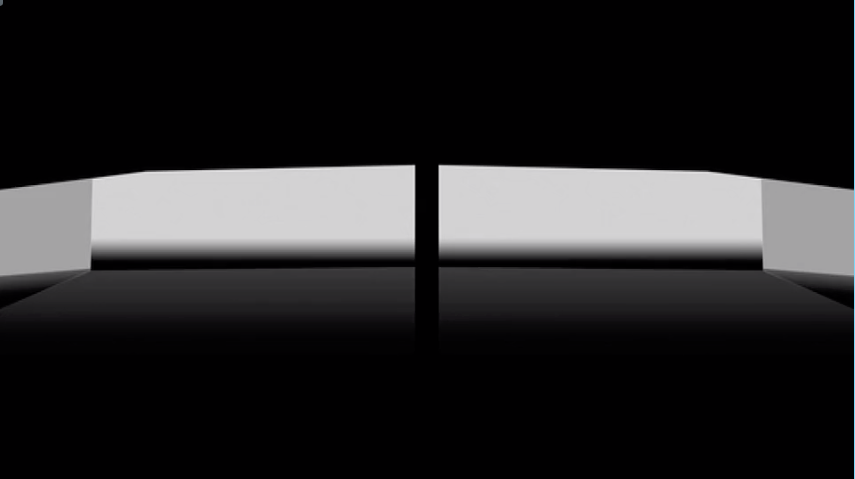 “For her intervention in INBOX of the M HKA, Thomaes took an existing building as a starting point, namely the Belgian pavilion in the Venetian Giardini, designed by Léon Sneyers and renovated in the 90s by Georges Baines. Thomaes has long been fascinated by the modernist building, particularly by its symmetry, minimalist design and magisterial zenithal light. A cardboard scale model has been in her studio for some time now and serves as a zone of exploration. The images projected onto the walls of INBOX are digitally and analogously realised in the model. By projecting these black-and-white images in careful timing into this white cube space, the artist brings a stylised interpretation of the pavilion and its speciﬁc light conditions. The result is not an architectural experience but its sublimation into an aesthetic and poetic choreography. Architecture is here literally and ﬁguratively abstracted into its visual essence, a geometric play of planes, horizontals and verticals, light and shadow. Like a melancholy ode to a lost modernism. The visitor inevitably casts shadows on the projections, so that the puriﬁed images are temporarily distorted and inhabited by the silhouettes of the viewers.”

It can be presented
– on one big screen
or
– in a dark space:
2 videoprojectors – the double projection corresponds with the space
see text Johan Pas 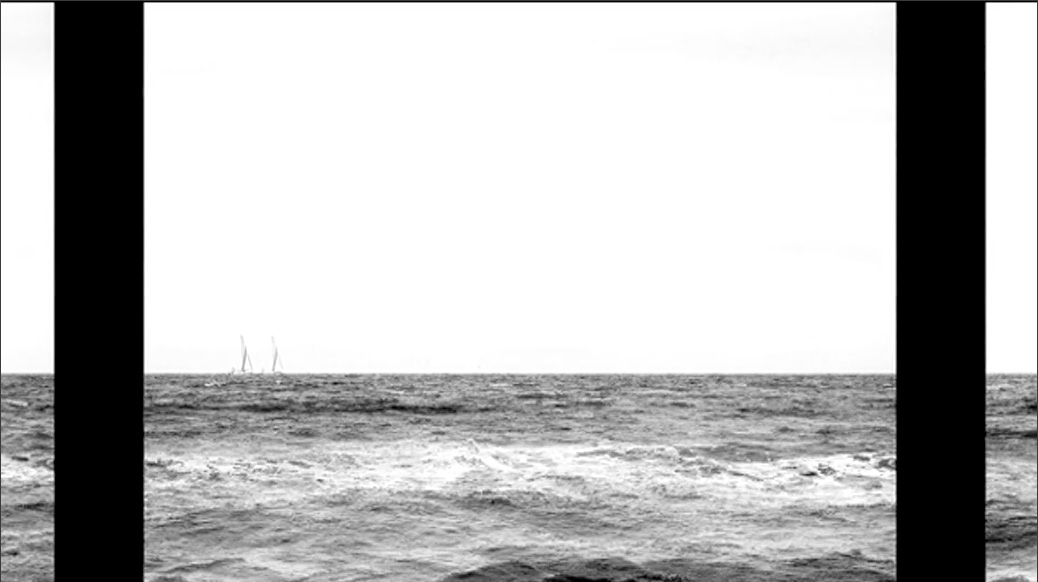 proposal bredaphoto 2020
the glory / the violence of the sea

the noiselessness of silence, the splendour of light, the passing time
ﬂux reﬂux
observation needs time and space